Open Circle, a site-specific Sculpture Featuring “I Am the Creek”

Popular posts from this blog

Prose in the Afternoon at SPC (December 15) 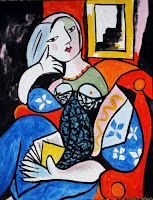 December  15th  Featured Writers are:   William Burg and June Augusta  Gillam William Berg-Author  Wicked  Sacramento W illiam  Burg, a Sacramento resident since 1993, is a California historian whose work focuses on Sacramento history, including seven books and approximately one hundred articles about the city's history. He holds a Master of Arts degree in public history from Sacramento State University. J une Augusta  Gillam- The Hillary Broome Mystery Series June is a native of Sacramento, California, born to a Czechoslovakian dad and Irish/Welsh mom. In 2010, June moved to Auburn and joined in with the energy and enthusiasm of fellow Gold Country Writers. She also belongs to Sisters in Crime, Capitol Crimes Sacramento chapter. A founding member of San Joaquin Valley Writers, the 22nd branch of the  California Writers Club, meeting in UOP's School of Education in Stockton, CA, every 2nd Saturday of the month at 12:30 pm, June was honored with a Jack London A
Read more

Hi friends, I am pleased to announce my new poetry book, Fruit Box Castles: Poems From a Peach Rancher’s Daughter is available for pre-order from Finishing Line Pre ss . I hope you will find a poem or many that resonate with you. Please support small presses and my goal of selling 55 books by August 15! You can pre-order here . The book will be released in October 2020. Watch for book launch events that most likely be online due to Covid-19. I hope to have an “in the flesh book event” (that includes peach cobbler) when this pandemic dims.  Thank you again for your support and that of a small press. Below are two of my new poems included in the book. The photo of me was taken by Mike Pickering at O’Neill Castle outside of Belfast, Ireland. It is where my Irish ancestors originated. The photo of the fruit stand is on highway 70 out of Marysville, CA where I was born and near where I grew up.   Bountiful   Mom midwifed rows of freestones Late July we’d sit under umbrellas of the waln
Read more
Read more

Jennifer
I studied art in New York and California.

My poem I am the Creek is included on a glass panel on this sculpture.

Links to where I've published and exhibited art and other links of interest.